This month we will be reading The Immortal LIfe of Henrietta Lacks by Rebecca Skloot. Happy Reading!

Amazon Best Books of the Month, February 2010: From a single, abbreviated life grew a seemingly immortal line of cells that made some of the most crucial innovations in modern science possible. And from that same life, and those cells, Rebecca Skloot has fashioned in The Immortal Life of Henrietta Lacks a fascinating and moving story of medicine and family, of how life is sustained in laboratories and in memory. Henrietta Lacks was a mother of five in Baltimore, a poor African American migrant from the tobacco farms of Virginia, who died from a cruelly aggressive cancer at the age of 30 in 1951. A sample of her cancerous tissue, taken without her knowledge or consent, as was the custom then, turned out to provide one of the holy grails of mid-century biology: human cells that could survive--even thrive--in the lab. Known as HeLa cells, their stunning potency gave scientists a building block for countless breakthroughs, beginning with the cure for polio. Meanwhile, Henrietta's family continued to live in poverty and frequently poor health, and their discovery decades later of her unknowing contribution--and her cells' strange survival--left them full of pride, anger, and suspicion. For a decade, Skloot doggedly but compassionately gathered the threads of these stories, slowly gaining the trust of the family while helping them learn the truth about Henrietta, and with their aid she tells a rich and haunting story that asks the questions, Who owns our bodies? And who carries our memories? --Tom Nissley

Jad Abumrad is host and creator of the public radio hit Radiolab, now in its seventh season and reaching over a million people monthly. Radiolab combines cutting-edge production with a philosophical approach to big ideas in science and beyond, and an inventive method of storytelling. Abumrad has won numerous awards, including a National Headliner Award in Radio and an American Association for the Advancement of Science (AAAS) Science Journalism Award. Read his exclusive Amazon guest review of The Immortal Life of Henrietta Lacks: 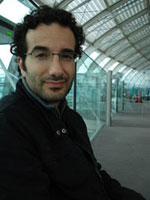 A detective story that's at once mythically large and painfully intimate.

Just the simple facts are hard to believe: that in 1951, a poor black woman named Henrietta Lacks dies of cervical cancer, but pieces of the tumor that killed her--taken without her knowledge or consent--live on, first in one lab, then in hundreds, then thousands, then in giant factories churning out polio vaccines, then aboard rocket ships launched into space. The cells from this one tumor would spawn a multi-billion dollar industry and become a foundation of modern science--leading to breakthroughs in gene mapping, cloning and fertility and helping to discover how viruses work and how cancer develops (among a million other things). All of which is to say: the science end of this story is enough to blow one's mind right out of one's face.

But what's truly remarkable about Rebecca Skloot's book is that we also get the rest of the story, the part that could have easily remained hidden had she not spent ten years unearthing it: Who was Henrietta Lacks? How did she live? How she did die? Did her family know that she'd become, in some sense, immortal, and how did that affect them? These are crucial questions, because science should never forget the people who gave it life. And so, what unfolds is not only a reporting tour de force but also a very entertaining account of Henrietta, her ancestors, her cells and the scientists who grew them.

The book ultimately channels its journey of discovery though Henrietta's youngest daughter, Deborah, who never knew her mother, and who dreamt of one day being a scientist.

As Deborah Lacks and Skloot search for answers, we're bounced effortlessly from the tiny tobacco-farming Virginia hamlet of Henrietta's childhood to modern-day Baltimore, where Henrietta's family remains. Along the way, a series of unforgettable juxtapositions: cell culturing bumps into faith healings, cutting edge medicine collides with the dark truth that Henrietta's family can't afford the health insurance to care for diseases their mother's cells have helped to cure.

Rebecca Skloot tells the story with great sensitivity, urgency and, in the end, damn fine writing. I highly recommend this book. --Jad Abumrad

Look Inside The Immortal Life of Henrietta Lacks

Starred Review. Science journalist Skloot makes a remarkable debut with this multilayered story about faith, science, journalism, and grace. It is also a tale of medical wonders and medical arrogance, racism, poverty and the bond that grows, sometimes painfully, between two very different women—Skloot and Deborah Lacks—sharing an obsession to learn about Deborah's mother, Henrietta, and her magical, immortal cells. Henrietta Lacks was a 31-year-old black mother of five in Baltimore when she died of cervical cancer in 1951. Without her knowledge, doctors treating her at Johns Hopkins took tissue samples from her cervix for research. They spawned the first viable, indeed miraculously productive, cell line—known as HeLa. These cells have aided in medical discoveries from the polio vaccine to AIDS treatments. What Skloot so poignantly portrays is the devastating impact Henrietta's death and the eventual importance of her cells had on her husband and children. Skloot's portraits of Deborah, her father and brothers are so vibrant and immediate they recall Adrian Nicole LeBlanc's Random Family. Writing in plain, clear prose, Skloot avoids melodrama and makes no judgments. Letting people and events speak for themselves, Skloot tells a rich, resonant tale of modern science, the wonders it can perform and how easily it can exploit society's most vulnerable people. (Feb.)
Copyright � Reed Business Information, a division of Reed Elsevier Inc. All rights reserved.
See all Editorial Reviews