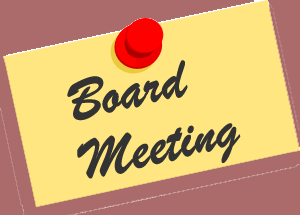 INVITATION TO RNNC OPEN BOARD MEETING MAY 31

Please join us for an Open Board Meeting May 31 to review this year’s activities and plan next year’scalendar.  We’d like to engage more members in the leadership to guarantee that the club remains an active and responsive community institution.  Bring anappetizer or a dessert and the club will provide wine.

THE YEAR IN REVIEW
Thanks to everyone for contributing to another great year for the Rye Newcomers and Neighbors Club!As we review our first year as co-presidents, we can point to some great successes and a few teachable moments.
On the plus side, we had a fabulously successful Welcome Barbeque in September with more than 80 attendees.  Our move to anew venue at Rye Town Park was blessed with picture perfect weather, and accompanied by a generous array of food, wine and beer.  Entertainment by Graham Clark was a special treat for all the kids as well as the young at heart.   We were delighted that some of Rye’s religious institutions helped to publicize the event to their parishioners as a recommended family outing. Thanks again to Reece Olguin for her singular role in making this event a success.
Another highlight of the season was our tremendously successful potluck dinner on St. Patrick’s Day.  More than 30 attendees enjoyed a traditional Irish meal of corned beef and cabbage, accompanied by a variety of appetizers, salads and desserts contributed by members.  After dinner, we witnessed a performance by three award-winning Irish step-dancers--aged 8 to 15--who were preparing to compete in the international dance competition in Dublin.
Our Ladies’ Book Club continues to thrive.  We met every month except December, and read a range of books includingA Gentleman in Moscow, Nutshell, Hillbilly Elegy, Commonwealth and—less successfully—It Can’t Happen Here.  Our book club generally attracts eight to 12 members who aren’t shy about sharing their diverse and informed opinions.   It makes us wonder whether there is demand for a Men’s Book Club.
Our outings were also well-attended.  A Girls’ Night Out at Pinot’s Palette last November produced almost 20 copies of Van Gogh’s Starry Night. Christiana Math and her committee organized two great daytime events: In the Fallwe visited Kykuit, the Rockefeller mansion in Pocantico Hills, and then debriefed over lunch.  And on a wet, foggy day in March, 10 of us visited NYC’s Tenement Museum, and later enjoyed corned beef sandwiches, matzo-ball soup and latkes at Katz’s Deli, a NYC landmark featured in When Harry Met Sally.
Thanks to a fruitful partnership with Abby Kumar, proprietor of Little Learners, Emily Wells and her committee organized some creative and joyful children’s events.  Based on the attendance at these events, we may schedule more Saturday gatherings so Dads can be included.  We’re also considering hosting a few Coffee Mornings at the Rye Rec next year so Moms feel comfortable attending with babies and toddlers.
Our teachable moment—isn’t that a great euphemism for embarrassment?—was our Annual Coffee with the Mayor in October.  Despite excellent planning to showcase six of Rye’s non-profit organizations, as well as Mayor Joe Sack and Deputy Mayor Julie Killian, we had fewer than 10 attendees.  Thankfully, our NFP presenters remembered previous events with big turnouts and wrote the disappointment off.
We tried and failed to launch a bridge group, which was disappointing.  Despite initial interest and a scheduled trip to “Bridge School,” we didn’t generate sufficient demand to continue.
As new co-presidents this year, we experimented with a set schedule of Morning Coffees, Lunch Bunches, Happy Hours and Book Club meetings in an effort to offer an event each week that might become a calendar priority.  After six months, it became clear that the demand wasn’t there, and we’ve scaled back to two or three events per month.
The continuing challenge for RNNC, like many other social organizations, is engaging enough members to share the leadership duties.  More hands make these tasks lighter, so we’re always eager to welcome volunteers who will reliably contribute to these efforts.
In the coming year, we’re planning to restart a regular newsletter to improve communications and create an “early warning system” for upcoming events.  We also need to recruit a new membership officer, and fill other event-planning committees.
All in all, it was a good year.  We measure our success in part by the continuing participation of neighbors long after they cease being newcomers.  We hope you’ll join us May 31 at the Open Board Meeting, and consider taking an active role in RNNC’s leadership.
Best regards.
Silvat Malik and Susan Watson
Co-Presidents